ERP Implementation Success Factors – Takeaways from Clash of the Titans 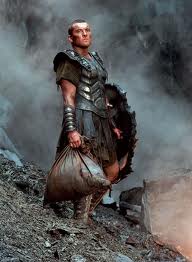 With so much money at stake — after all, some ERP implementations can cost millions of dollars — the timing of such a technology project is critical.

The answer, as you might expect, is that it depends on many different factors.

The length of ERP implementations depends on the project scope, what resources are available, which ERP solution is selected, and the types of modules that need to be implemented.

The main factor is the type of software selected. SAP, Oracle and Microsoft Dynamics — the three largest providers of ERP software — offer a wide variety of features and functions for a number of verticals.

Fortunately, there’s a way to compare these “big three,” and in more ways than just the timing of implementation.

Here are some key success rate statistics from the report.

An on-premises ERP implementation will be one of the most expensive, important and time-consuming technology projects that your company will probably undertake. Take time to find the right vendor to meet your needs will increase your chances of having a successful, on-time and on-budget implementation.

By Whitney Vickrey, from: http://www.gcecloud.com/blog/cloud-saas-accounting-trends-blog/erp-implementation-success-factors-takeaways-from-clash-of-the-titans?utm_source=GCE+Master+List&utm_campaign=641f43ca79-2013-12-17_Email_Newsletter&utm_medium=email&utm_term=0_305493c0cf-641f43ca79-87841281