Which CFO Type Are You? 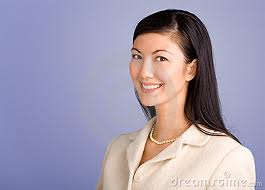 What kind of CFO are you? Are you a magician or a multi-linguist? An ethics officer or athlete? Or all of the above?

We recently came across an interesting article titled The Role of the Modern CFO: A Recruiter’s View, (via the US Samuel Dergel CFO blog)  In the article introduction, the author Paul Herrerias comments that all CFOs are essentially actors and salespeople, having many faces and playing many roles to play internally and externally. This observation reflects a lot of the discussion we’ve been having in our workshops and online.

The article takes it a step further and breaks down seven core roles CFOs are required to play in modern business. We thought it posed some interesting questions and we wondered where Australian CFOs most commonly site. So, we decided to put it to a poll on LinkedIn by narrowing down the field to five key roles based on the most commen discussions we’ve heard in our CFO 2015 workshops.

Here are the five roles we chose as our shortlist and a brief description of each:

1. The Team Captain:
“You’ll have more duties this year…” so it is important to be able to take charge, call the shots, delegate effectively, recruit the best team, and communicate continually.  The CFOs of today are asked to be team leaders, with responsibility for leading the team to victory without letting the weight of that duty bring them to their knees.  CEOs are more demanding, as they have more demands placed on them.  It’s not just more work…it is effectively meeting the needs of the CEO, the Board of Directors, investors, lenders, society, government, and the general public.

2. The Magician:
“Revenue is down…but profits must go UP!” How many times have CFOs felt the pressure to magically make money appear? CFOs see the practicality of the numbers and are expected to wave their magic wand and fill expectations.

3. The Ethics Officer:
“Moral compass, culture cop, values guru.” The ethics officer is responsible for upholding the morals and values of the company.  Frequently this role today falls on the shoulders of the CFO, or at least the CEO with support from the CFO.

4. The Multi-linguist:
“Staffing, financing, offshoring…” The CFO of today must be versed in global languages and cultures to effectively handle the new realities of a global business community.  Whether opening operations overseas, or hiring candidates with international experience, or floating debt in a foreign market, CFOs are asked to be aware and functional in multiple languages and customs.

5. The Athlete:
“Running shoes on!” It’s a competitive market out there, and CFOs today must be able to run the distance and come out ahead.  Whether competing for their own jobs or helping their companies to compete, CFOs have more competition for scarcer resources today.  Generational, global, political, and economic trends are all aligning to create a more competitive business environment than ever before.  CFOs need to do whatever it takes to stay mentally, physically, and emotionally fit.

We expect you probably juggle more than one of these roles, probably interchanging between several in the course of one hour (or even within one meeting)! As the original article states: “Some roles are consistent over time. Others are new and evolving. Additionally, role priority changes over time to accommodate an ever-fluctuating economic climate, shifts in leadership, consumer behavior, product line maturity, or team personnel, among other factors. The CFO must effectively play more roles today and be constantly vigilant for what changes are coming, and be able to measure their own performance. CFOs need to be self-aware, set priorities, and know which roles to play at any one time.”

But is there one role you seem to play more than others? Vote and tell us which one in our CFO 2015LinkedIn Poll.

As well as casting your vote, make sure you join the discussion and tell us in the comments: which roles do you do best? Which do you find most challenging? What other roles do you play that aren’t listed?

00000
CFOleadershipManagementstrategyvalue creation
Related posts
How EPM Can Improve Financial Processes and Increase Data Accuracy
August 16, 2016
Eliminating Drudgery and Embracing the Future of Finance
August 15, 2016
A Circle of Blame for Failure
August 12, 2016
The 5 Things Keeping IT Leaders up at Night
August 9, 2016
The CFO’s New Competitive Challenges
August 8, 2016
IN CASE OF In Case of Fire, Break Glass: When You Might Need to Hire a Single System Administrator, Part I
August 3, 2016
Leave Comment