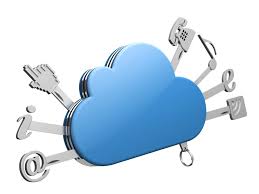 I have been talking to organizations about cloud BI and analytics since BusinessObjects first launched “Crystal Reports On-Demand” in 2006, winning praise from well-known cloud advocates:

“With the availability of crystalreports.com, Business Objects, the world leader in business intelligence solutions, is bringing the power of on-demand computing to BI customers worldwide” — Mark Benioff

Yet almost a decade later, I find that most of the companies I talk to still don’t feel they are ready for cloud analytics — so here’s yet another attempt to persuade you to take the plunge.

All the surveys show that security concerns are the number one thing stopping organizations from considering cloud solutions.The reality is that while there are clearly risks involved with cloud computing, the security provided by reputable cloud vendors is likely to be much more secure than home-grown solutions.

Cases such as Target’s credit card breach, Sony’s email hack, and the problems at the US Office of Personnel Management should remind us that keeping data on-premise is no guarantee of security. Indeed, hackers often attack older systems that have been inadequately patched, and these are far more likely to be on-premise than in the cloud.

I’ve even started to detect a tone of exasperation from research organizations like Gartner:

“The high levels of concern about cloud service provider security postures have become counterproductive… Many enterprises are paying an opportunity cost by allowing unwarranted security fearsto inhibit their use of public cloud services that would be more secure, and more agile, than processes they implement within their own data centers.” — Gartner: Top Strategic Predictions for 2016 and Beyond: The Future Is a Digital Thing

“Compared with older IT systems, cloud computing is often much cheaper. It adds tremendous flexibility: firms that need more computing capacity no longer have to spend weeks adding new servers and installing software. In the cloud they can get hold of it in minutes. Their applications can be updated continually, rather than just every few months. Individual users can reach their e-mails, files and photos from any device. And cloud services also tend to be more secure, since providers know better than their customers how to protect their computing systems against hackers.” — The Economist

Of all the benefits, greater agility is the biggest reason for investing in cloud applications. According to the Gartner 2014 CIO survey, 56% of respondents chose it, beating the next five reasons — including cost — put together.

The benefits of cloud deployments have not been lost on business users. According to a recent survey by Gigaom Research, 81% of line-of-business employees admit to using unauthorized cloud applications and 38 percent deliberately use non IT-approved cloud applications because getting approval from IT is too difficult. That sounds bad enough — but the killer statistic is this one: according to a November, 2013 Frost & Sullivan survey, 91% of IT departments admit using SaaS apps that have not been approved by IT!

Clearly, everybody realizes that there are big benefits to using cloud applications. The best way forward for organizations is not to irrationally resist them, but to ensure that they are being implemented securely:

“Corporate IT departments have lost the fight against cloud computing, but continue to put their companies at risk by refusing to secure the intersection of the cloud they can’t stop and the enterprise the have to protect.” — ComputerWeekly

First, let’s point out the obvious: cloud analytics is a great option for organizations whose data is already in the cloud. For example, if you’re using cloud applications such as SuccessFactors, Ariba, or Concur, then a solution like SAP Cloud for Analytics is a natural fit.

But what if all your data is on-premise? In that case, why move it all to the cloud just for analysis?

First, you may be underestimating just how much of the data that is being analyzed in your organization comes from your internal systems:

“We found, on average, that 45% of the data business people use resides outside of the enterprise BI environments.” Forrester:Business-Driven Agile Enterprise Business Intelligence (BI)

Increasingly, the information used in business analysis comes from outside your company, from suppliers and customers, third-party data feeds, and market benchmarks. All the cloud adoption surveys indicate that the number of cloud applications in your organization is set to steadily increase. And analytics tools aren’t only being used by employees — especially in business to business markets, providing better access to data is an increasingly important part of the customer experience.

All this means that you’re already moving data to and from outside environments — at some point, there will be a tipping point where it makes as much sense to move your internal data to the cloud as it does to do the opposite. Solutions such as SAP HANA Smart Data Integration can help you move your internal data to the cloud efficiently for analysis (or vice-versa), either in batch or in real time as transactions hit your on-premise systems.

In addition, analytic environments are becoming increasingly hybrid, with the ability to query a mix of on-premise and cloud data. For example, SAP Cloud for Analytics offers the ability to use cloud-based software to query internal data directly, without it leaving the organization.

Disruption — To Your Job?

I was on a panel at the Gartner BI conference in Sydney earlier this year. At one point, the moderator asked the audience which analytics technology would be the “most disruptive” in the coming year.

I picked Hybrid Transaction/Analytical Processing (HTAP), since real analysis on real-time transactional data has been one of the biggest challenges in analytics for over 50 years.

But the audience disagreed and voted massively for “cloud analytics”. I was surprised since I reasoned that users shouldn’t really care whether the analytics are being provided by an internal server or a cloud platform. But then I realized that when the audience were primarily thinking about “disruption” to their own jobs.

Earlier this year, I hosted a cartoon caption contest on the SAP community network. It was very popular, but my own entry didn’t get many votes. I’ll leave it to you to decide if it just wasn’t funny, or whether it was too close to the bone:

Yes, cloud analytics will mean new ways of working. But analytics leaders have to own the business problem, not the architecture. If you define your role as looking after servers, instead of helping the organization make the best use of the available information, then you are probably already running into problems withshadow analytics.

Cloud analytics environments have lots of benefits. You owe it to your users (and your career) to take advantage of them.

Whatever your reasons for being reticent about cloud analytics, note that many other organizations are moving ahead. These companies, at least, clearly believe the benefits of cloud analytics outweigh the perceived risks.

According to the Forrester report “Application Adoption Trends 2015: The SaaS Boom Continues As Businesses Demand Agility“, 36% or respondents had already replaced, or are planning to replace, their on-premise BI with SaaS BI, and 31% had chosen SaaS BI to complement their existing BI, or intended to do so in the future.

And in recent EMA research, 56% of respondents indicated that cloud-based analytics was “important” or “essential” to corporate strategy:

The bottom line: you may not be ready for cloud analytics just yet, but I’m pretty sure it’s a big part of your future.

By Timo Elliott, from: http://timoelliott.com/blog/2015/10/whos-afraid-of-cloud-analytics.html