April Fools Day 2014 From Across the Pond 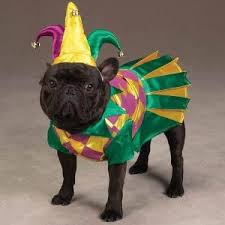 We’ve all seen them…the April Fools Day pranks being played by tech companies and others…but there are others that started a few hours earlier than us, and are a little more creative, to boot.

Archaeologists have found Robin Hood’s bones, according to The Nottingham Post.

Food blog The Braiser changed itself to The Ramp: “a site for lovers of wild onions.”

“We shouldn’t have to wait for children to turn five and get school lunches for them to learn the freedom-promoting value of work. Lazy bum babies shouldn’t be coddled with all sorts of indolence-promoting nutrition. Give an infant free food and, next thing you know, they’ll want health care, and we all know that turns them into takers,” said House Budget Committee Chair, Paul Ryan of Wisconsin. “Come to think of it, we shouldn’t have to wait for babies to even be born to teach them the necessity of self-sufficiency. Since the WIC program aids pregnant woman, we should install treadmills in their wombs so embryos learn the value of work while reading Ayn Rand.”

The gag is inspired by Georgia representative Jack Kingston, who suggested that kids should sweep floors to earn school lunch through a federal school lunch program. He then defended the comments by saying he thinks kids in all socioeconomic classes should have work ethic. Again, this part is not a joke.

Northeastern University’s campus paper announced that the school will now have paths for students to safely text and walk.

Bon Appetit has stories on “The World’s First Rat Cafe,” “The Normcore Diet,” and “A Visit to a Boneless, Skinless Chicken Breast Farm.”

The farm looks just as the packaging promised. Red barn. Silo. Rolling hills and a big yellow circle that appears to be the sun, but might also be a jumbo-size Vitamin D lamp. Either way, the “sun” is radiating the premises, where it glistens off the vacuum-packed plastic of rows of boneless, skinless breasts, sunning themselves as far as the eye could see.

I say sunning, but closer examination reveals parasols and cabanas shielding the breasts. Some have their plastic wrap slathered in zinc oxide. “Without their skins, they gotta be careful outside,” comes a voice. “We don’t want them getting overcooked, now, do we.”

We’re handing over to our colleagues at @GuardianUS now. It’s still before midday in America, so April Fools’ can keep on rolling. Thank you for all your comments and suggestions - sorry we didn’t get to use them all. JW

We missed this effort by The Huffington Post earlier on.

First they came for the badgers, and I did nothing. The Ecologist’s April Fools’suggests the cull will be extended to domestic animals.

The Register came up with the almost plausible idea of a 3D printed plastic BT Tower being added to the London skyline. I particularly liked the convincing quote from David Cameron:

Prime Minister Cameron hailed the 3D printed BT Tower as a symbol of “the second industrial revolution, in which the UK is proudly leading the way”.

(N.b. this is not really a quote from David Cameron)

Keele University are - apparently - offering a degree in Nutology.

The Birmingham Mail has a video of a shark spotted in a Birmingham city centre canal.

Admittedly, not a hugely convincing video.

My colleague Oliver Wainwright came up with an enormously convincing April Fools’ joke. Reality filter anyone?

What April Fools’ have you spotted outside of the UK? We enjoyed this one from World Radio Switzerland, suggesting the UN are flogging off the Palais des Nations so it can be turned into a ‘high-class’ hotel and casino.

At least, we hope it’s an April Fools’.

Big news from the Choir of King’s College Cambridge. From now on, high vocal parts will be performed by altos breathing helium.

Biting satire from BrixtonBuzz, who this morning announced Brixton is to undergo a major rebranding exercise.

What was the best April Fools joke? My colleagues have rounded up their favourite five (though modesty dictates we haven’t included our own), and you can vote for the best one in our poll.

The time for joking is over. Tradition dictates anyone playing a joke after midday is a fool themselves, but that’s no reason to stop enjoying this morning’s crop.

Here’s the excellent concept of borderless cafes from Dalstonist.

So. It’s after midday (in the UK, at any rate), so it’s time we came clean. Scotland nationalists aren’t really planning to switch to driving on the right. Did you fall for it?

Transport related April Fools have been popular. Fancy travelling to your lectures by hovercraft? Robert Gorden University may be the place for you.

Figuring out how to change your oven clock is complicated enough, so imagine the difficulties faced by the National Trust.

Our commenters have been busy sharing their favourite April Fools. Here’s a surreal effort from Girlguiding.

Storylines in jeopardy over on Coronation Street

A brilliant new look website from CERN, the European Organisation for Nuclear Research

Buzzfeed have come to your rescue with some side-achingly funny advice, complete with instructions on how to create the best practical joke.

After a five step tendering process, meet the purveyors of your friendly local maternity ward: Mumsnet

Good on the squirrels - thanks to Google and the all new Chromecast, no longer will they be subject to human videos, music and TV.

Reddit have started a revolution in how we browse the worldwide web - with our heads.

If only the Metro were right…

A capitalist’s measure to reduce the price of meat for consumers?

Surely another one from the Mirror

The Guardian Australia’s April fools’ story has gone down rather too well, even fooling Wikipedia.

Readers in Australia woke up to news, filed by Guardian reporter Olaf Priol, that their most famed dessert, the Lamington, was in fact created in New Zealand and called a “Wellington”. Most readers saw a red herring, spotting instantly the date of the report and the reporter’s dubious record for reporting non-facts. But a minority appear to have taken the story as fact.

The lamington’s Wikipedia page referenced Priol’s article, beginning with the sentence: “A lamington is a dessert of New Zealand origin.”

Whilst local radio in Queensland, previously understood to be the home of the aforementioned sugary treat, called in a local baker to decry foul play by the New Zealanders.

“The lamington has apparently been spotted in a 19th Century water colour painting in Auckland…. and thus is no longer an Australian invention!” said drive time host Tim Cox.

A further search for the artist JR Smythe revealed it is likely he never existed.

Optimism from Kim Jong-un in the Mirror today

An eggs-ellent prank from ITV

Will everybody please stop making bad gags about independent Scotland?

The UN to send a peacekeeping mission to the Scottish border?

It can only be an April Fools from the Independent

Did anybody else hear this?

Judging by the number of likes on this facebook post by Vegemite, they might want to consider launching a new line in soft drinks in reality

Too easy, the Sun

This is almost believable from Times Higher Education We wait for a denial from Mr Gove.

Spotted! The Telegraph would have us believe Alex Salmond will be the face of our currency.

It’s 7am, your alarm has irritated you out of bed and you’ve made it to the breakfast table for your daily porridge. You spit it out. Somebody has switched the salt and sugar pots.

It can only be April 1st. But before getting stuck into financial years, serial rain showers and Easter holidays, it’s time for some well planned practical jokes.

After midday if you crack an April Fool, the joke is on you. Which means there are a few short hours left to crack the clues on the worldwide web and hoodwink your family, colleagues and followers. Share your guesses online and your gags at home in the comments below. Tweet me your photos and tell me what I’ve missed on twitter @EmmaEHoward

I’ll start you off with a trawl through the Guardian archives - every April Fool’s prank we’ve ever pulled, starting with 1974