About two years ago, Wayne Weita, a 33-year-old producer and director in the media department at Management Recruiters, began going to work at 8 a.m. instead of everyone’s usual 8:30 a.m. start time.

He takes a half-hour lunch, then leaves at 4:30. He started this schedule so he could get his 18-month-old son to and from the babysitter’s house on time. He admits that he still occasionally feels as though he needs to slither out so no one sees him leaving early: ‘Sometimes, if I’m at the elevator and someone’s going downstairs for a drink or candy bar, I do try to throw a reason [for leaving early] into the conversation subtly’ (Joyce, 2002: H06).

As this quote illustrates, employees’ display of ‘face time’ at work can affect how others perceive them.

But, how much do managers perceptions of “face time” affect their perception and evaluation of employees? 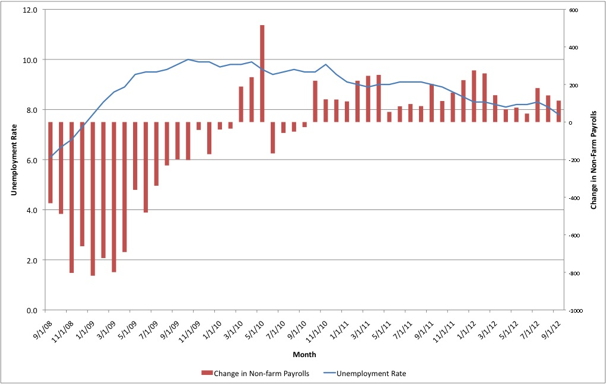 It is a sad statement about either American politics or American sanity that when today’s jobs report showed the unemployment falling below 8% for the first time in Obama’s presidency, the reaction from some administration critics was: The numbers are cooked!

The conspiracy claims are beyond silly, as my colleague David Graham explained today. But the employment-truthers are right about one thing. No number in this jobs report is to be trusted.

Want to Increase Your Productivity? Look at This Adorable Kitten.

When economists talk about boosting productivity, they usually talk about increasing the adoption of new technologies and optimizing workflows. Japanese researchers, however, have come up with a very offbeat approach: Showing workers lots of pictures of adorable, fuzzy, baby animals.

A team of researchers at Hiroshima University recently conducted a study where they showed university students pictures of baby animals before completing various tasks. What they found, in research published last week, was that those who saw the baby animal pictures did more productive work after seeing those photographs – even more than those who saw a picture of an adult animal or a pleasant food.