To reach their alarming conclusion, University of Ottawa scientists Valerie Tweedle and Robert J. Smith? (the question mark is a part of his name — don’t ask) started with a standard tool in epidemiology called an SIR model. SIR models help researchers categorize people who aresusceptible to a pathogen, infected, or recovered. In a SIR model’s most basic form, patients migrate from S to I to R in a linear fashion.

Bieber fever is especially nasty, though. People who are infected with it can recover — either through eventual boredom or through Bieber’s negative media coverage — but crucially, once they’ve recovered, they become susceptible to the illness all over again with exposure to positive media coverage, or by coming into contact with the still-infected. Considering the intensity with which Bieber fever often grips its victims, that means the disease is more or less self-sustaining.

Fitting all these details into a SIR model required Tweedle and Smith? to adapt it for their purposes. What they came up with was an SBR model, where the “B” stands for Bieber-infected.

Plugging in values for all these variables gets you a rough idea of how contagious Bieber fever really is. Tweedle and Smith? used a hypothetical population of 2,000 people — about the size of a school or a small town. Toying with one of the equation’s key levers, the boredom rate, the scientists found that Bieber fever is at its most contagious when it burns slowly. 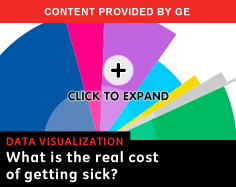 But of course, the scientists didn’t stop there. Adding in the effect of media coverage — running the model when coverage was positive, negative, a mix of both, constant, or periodic — produced wildly different outcomes. Naturally, the way to eradicate Bieber fever once and for all is to produce negative coverage nonstop. Unfortunately, a steady stream of purely positive PR would ensure that everyone would become infected, eventually. (Editor’s note: NOOOOO!!!)

In the most nuanced scenario, Tweedle and Smith? posit that interest in Justin Bieber needs to reach a media threshold, before which the infection simply spreads naturally but after which is spurred on by favorable news coverage. In this case, the blast of positive news is followed by a negative retort. The unfavorable coverage drags down the number of infected and moves them into the “recovered” category.

Or would it? In reading over the researchers’ work, I think I’ve found a hole. As it stands, the SBR model treats the effect of media coverage as a binary: pro-Bieber coverage aids contagion; anti-Bieber coverage hinders it. But a second-order effect of (negative) media coverage is that it may wind up mobilizing Bieber supporters in such a way that it raises the likelihood of their transmitting the disease to others. After all, when a community comes under attack, the natural tendency is toward self-defense, especially if said community believes in the moral certitude of its cause.

If what I’m suggesting is accurate, then Tweedle’s and Smith?’s model actually underestimates the contagiousness of Bieber fever by an unknown amount. This is scary stuff. Suppose negative media coverage engendered a countervailing response from the infected that was of equal magnitude. Then conceivably, the illness would be incurable. Sure, members of the infected would gradually grow bored of the dude by growing out of it, but not before infecting everyone else from the ages of 5 to 17. What we’re looking at is a persistent generational disease that affects everyone of a certain age — kind of like the chicken pox, only far more contagious and unpleasant.

Somebody needs to tell the CDC about this. Before it’s too late.

By Brian Fung, from: http://www.theatlantic.com/health/archive/2012/06/science-confirms-bieber-fever-is-more-contagious-than-the-measles/258460/

BRIAN FUNG - Brian Fung is an associate editor at The Atlantic. He has written previously for Foreign Policy, The Washington Post, and Talking Points Memo.